In Team signatures, I introduced a tool to visualize a team at a glance, and I recently added the ability to compare a team to another team, just in the nick of time for the start of the NBA playoffs.

In that vein, here is a team signature comparison of every matchup in the playoffs: 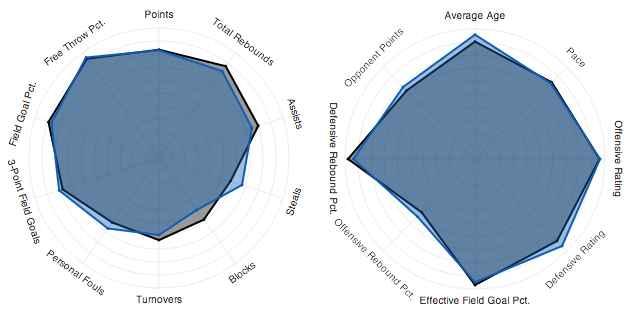 Two teams that are evening matched on the advanced stats side. Although most are expecting Houston to run away with this, Portland does play safer, and they might be able to use that to extend the series. 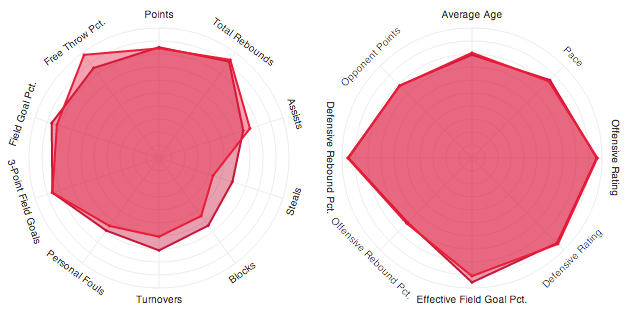 While the Warriors have the edge at the three point line, they're just a lessor version of these Clippers. 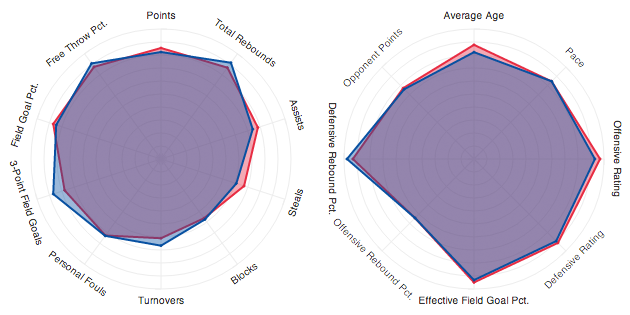 Although Memphis should compete in this series, you get the feeling OKC will struggle, but come out on top. 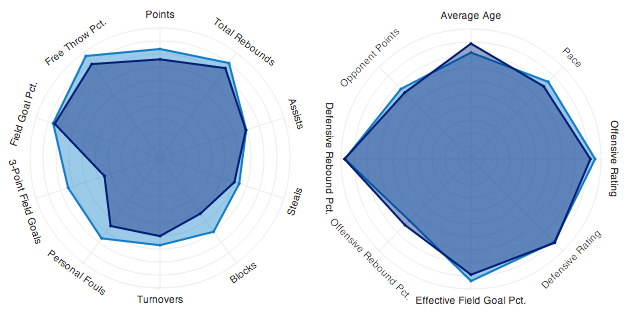 Decent offense vs good defense. Given Indiana's recent struggles and the disparity between the teams, I wouldn't be surprised if this goes to six. 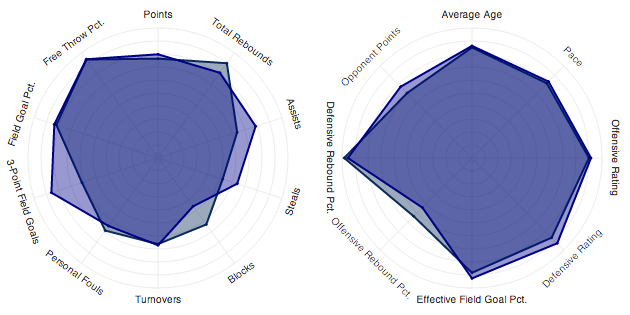 This one is hard for me to see. Offense vs defense, the addition of Nene to a solid Washington team might lift their defense enough to overpower a solid Chicago offense. 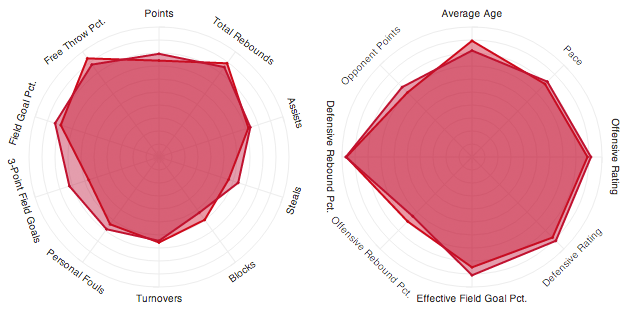 While most are picking Brooklyn, they appear to be evenly match while Toronto seems to have the edge on youth and offense. Considering Brooklyn's season is more a stecond half story, it wouldn't be surprising if this isn't a good reflection of these two teams. 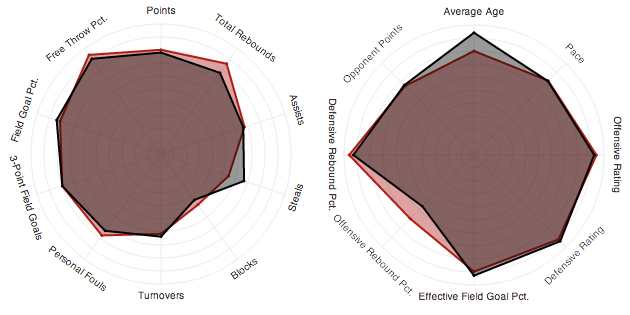 Charlotte won't really have much of a chance in this one. 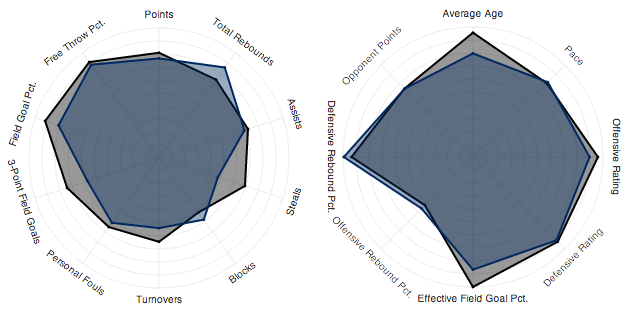