Taking a break from looking at the value of height in the NBA over time, I wanted to post some interseting stuff I came across. We all know there are some amazing draft classes, and … some not so great ones1. I wanted to see if this became obvious if we just looked at the average of "success" metrics, namely career length and earnings, and through this process identify which classes played the most, and earned the most.

Cutting right to it, here's a look at the average career length by draft class: 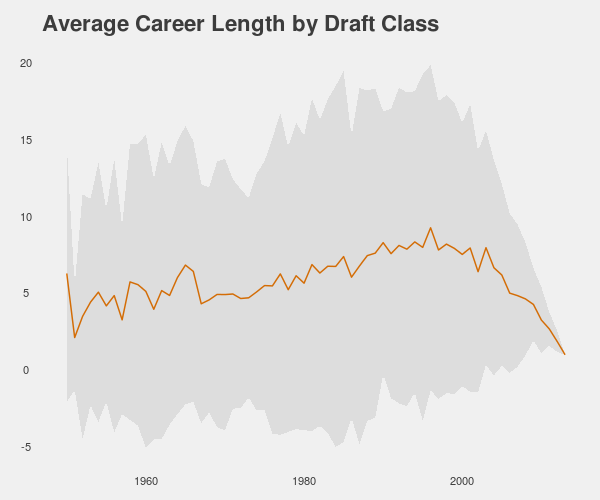 And here's a look at average annual earnings by draft class (adjusted for inflation to 2014 USD): 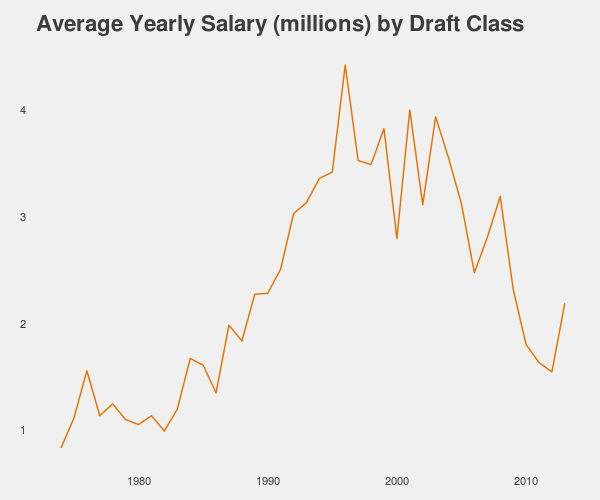 As for the actual data, take a look at earnings and career length by overall pick:

And by draft class:

All in all, career lengths are just getting longer, and despite the quality of draft classes, we likely will continue to see even longer careers as time goes on.