The first weekend of Madness is over and we are on to the sweet 16! Let's review how my models held up in Vegas over the first week of games (and see if it is worth continuing to offer advice). As a reminder, I posted all my picks on twitter to make sure you don't think I'm pulling a "Chad Ford".

In my last post I made some suggestions for what people should bet in Vegas against the spread (ATS). This included 9 games from Thursday/Friday action. I was only able to add one additional ATS pick over the weekend as I was too busy watching the Seattle regional action live (which included Mamadou costing me one of my picks). In the end, I made 10 ATS picks and my overall record was…7-3! Not bad, not bad at all…

Here is a chart showing my predictions:

I got some good fortune…it took a missed free-throw in the final seconds by a career .805 shooter for Indiana to beat the spread. Yet I also got a bad break…a garbage layup by VCU to beat the spread which apparently impacted more than just my picks (Vegas must have been reading my blog!).

Since my last post I have also added a second ATS model (which I will not be revealing the methodology for). Here are both models projections1 for all tourney games up until this point along with results: 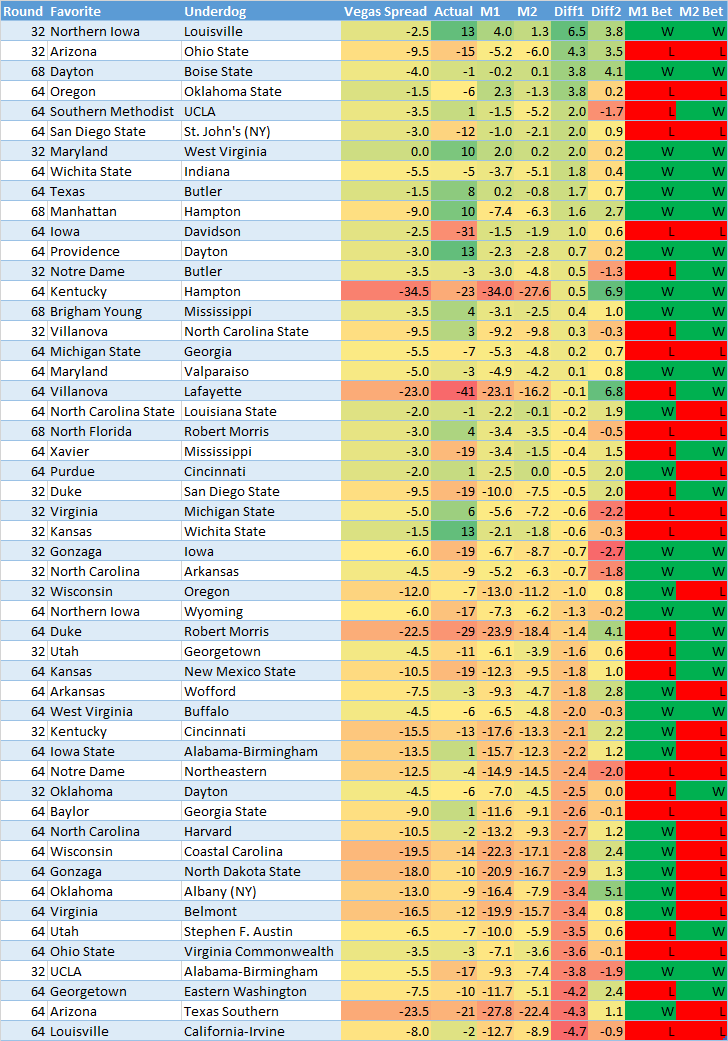 I didn't create any sort of blog post or anything describing my methodology but if you followed my twitter you would have noticed some order/under picks throughout the weekend. However, I jumped the gun a bit on publically revealing anything from my over/under models. It wasn't until Sunday that I found out they were pretty flawed causing me to overhaul (which basically negated all the picks I had made on twitter). The only "true" picks from my revised models were the two Sunday picks which went 1-1. Even then, by my count the "flawed" picks from Friday and Saturday still went 6-5.

Here are the over/under model projections for all tourney games up until this point using the revised models: 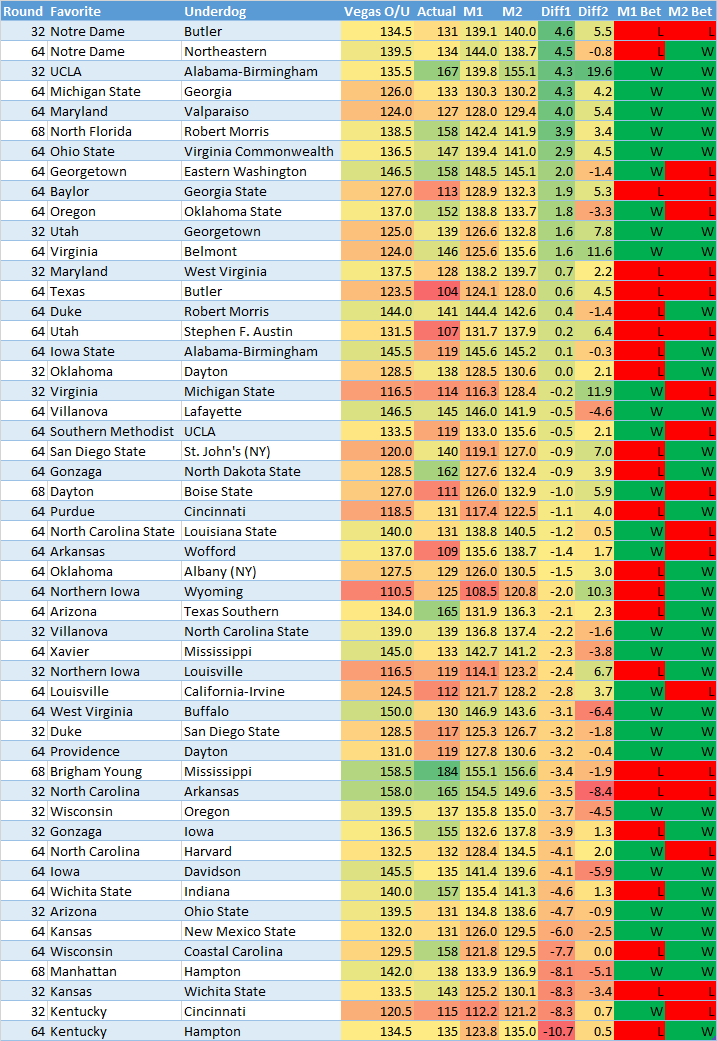 Next up: Sweet 16 model projections and picks