Check out the top-rated players in O-RAPM, D-RAPM, and overall RAPM.

See which players stand out the most from their box score stats by comparing to top players in BPM2: 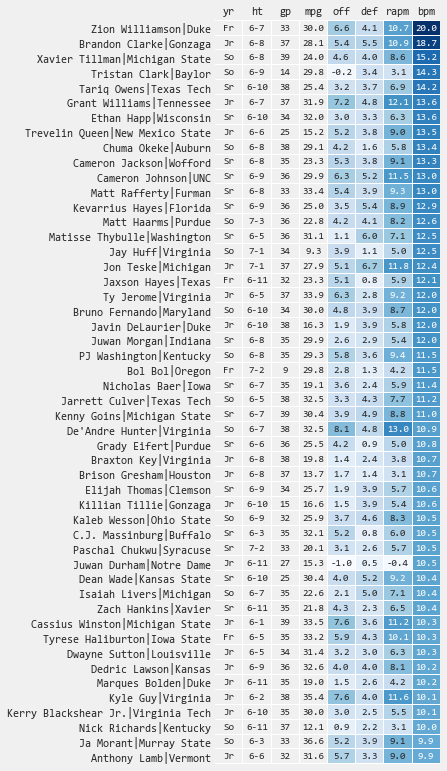 Select your favorite team3 to see if RAPM results align with your expectations: 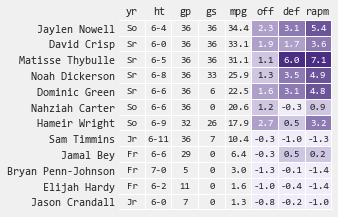